Travel expenses - what you can claim, and why 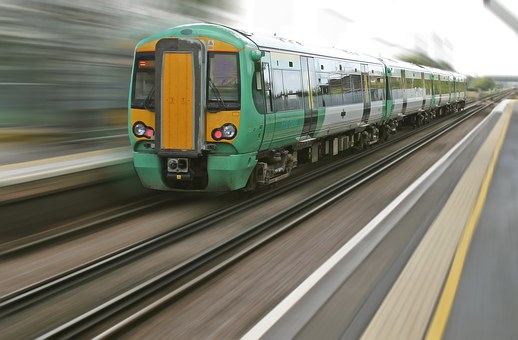 Travel expenses are one specific area where both business owners and self employed/sole traders have a definite interest.  If I'm using my personal car for work, how much can I claim?  What about if I drive from home, not the office?  How about it my home is my office?

Here we review some of the recent cases in law and determined by HMRC, together with some pointers to what it might mean for you.

The golden rule for all expense claims is that you can only reclaim for expenses which have been incurred wholly, exclusively and necessarily in the course of running your company.

For an expense to be deductible in computing a self-employed individual’s taxable profits the expense must have been ‘wholly and exclusively’ incurred for business purposes; must not constitute a ‘capital’ expense; and must not be ‘specifically prohibited’ as a deduction by statute. Whilst these principles are prima facie clear, their application is perhaps less so.

You can split costs if you need to

Although, strictly, an expense needs to be wholly and exclusively incurred for business purposes, in practice it is often feasible to dissect a particular expense into a private and a business element, enabling the latter to rank as tax deductible (but not the former). Invariably, HMRC will seek to challenge the taxpayer’s split, though.  For example, in a relatively recent case (Jolaoso v R & CC [2011] UKFTT 44 TC), the travelling expenses in point were motoring costs, and whilst Dr Jolaoso, a gynaecologist, sought to claim 50% of these costs as incurred for business purposes, HMRC allowed only 10%.

The courts (when interpreting the relevant legislation) have decided that travelling expenses incurred in the course of the business are deductible whereas such expenses incurred in travelling to the place of business are not. This principle was decided as far back as 1971, (Horton v Young [1971] 3 ALL ER 412) when the case was a victory for the taxpayer, a Mr Horton.

In that case, Mr Horton, a sub-contractor, argued that his home was his business base, and thus when he travelled around picking up his bricklayers to then take them to building sites such expenses were tax deductible, i.e. the expenses were incurred in the course of carrying on his business. The court agreed.
On the other hand, some years later, in 2004 (Powell v Jackman [2004] EWHC 550 (Ch)), Mr Powell, a milkman, was denied a deduction with reference to his travel expenses incurred in travelling from his home to the milk dairy to pick up his milk for delivery to customers. And as recently as 2014 (White v R&CC [2014] UKFTT 214 TC) yet another taxpayer, this time a flying instructor, was denied a deduction for his travel expenses incurred in travelling from his home to airports where he provided flying lessons.
Two recent taxpayer failures and very similar cases occurred in 2014 (Dr S Samadian v R & CC [2013] UKFTT 115 TC) and 2015 (Dr Sharat Jain v R & CC [2015] UKFTT 670 TC). Both cases involved hospital consultants and the expenses related to travel between home and a number of private hospitals, and between the private hospitals and various NHS hospitals.
What becomes very clear when looking at these cases (and there are many more) is that they are each very heavily fact dependent.

When is a home a business office?

The cases illustrate that the major problem area is where the taxpayer seeks to deduct travel expenses incurred in travelling from (and to) his/her home where an alleged office is. The office must be of some substance; just a desk and filing cabinet, and making the odd business call, will not be enough. In addition, HMRC must not be able to argue that in fact the ‘real’ office is located elsewhere and it is from that office that the real the business is conducted.
Thus, for example, in Manders v R & CC (referred to above) the court took the view that it was his market stall that was Mr Manders’ main place of business and so travel costs from home to the stall were disallowed. Similarly, in White v R & CC (referred to above), the court held that despite having an office at his home, the flying instructor conducted his business at the airports on a regular and predictable basis, and hence travel costs to and from were disallowed.

So where does that leave you?

If you're claiming your home is your office, make sure it really is the place you work from normally.  If you're claiming travel expenses, and some are personal use, don't be too greedy about the split - you may find HMRC take a different view.  Whatever you decide, make sure you keep a log of journeys and mileage, together with the purpose of each.