Making Tax Digital: What Penalties and Surcharges could my business face? 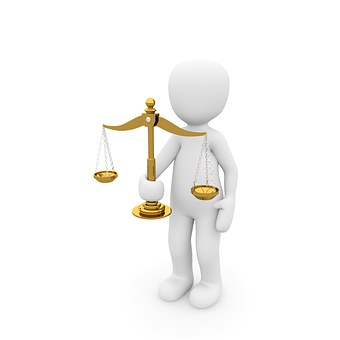 From April 2019, the 2.55 million VAT registered businesses with a turnover exceeding the £85,000 VAT threshold will be required to file VAT returns through Making Tax Digital compliant software and not via the current HMRC portal.  They'll also be required to keep records digitally, and ultimately to make sure any digital records are directly linked with the software which submits the VAT returns.

But the introduction of Making Tax Digital (MTD) for VAT has prompted discussion about the risk of penalties where a problem with introducing new processes and systems results in late filing, late payment or other breach of the regulations. The MTD for VAT notice introduces a ‘soft landing’ on penalties for the first 12 months, but only in respect of digital links for any transfer or exchange of data between software programs, products or applications used as functional compatible software.  Here we set out what HMRC could decide to impose if you get Making Tax Digital for VAT wrong.

The default surcharge will operate as currently until at least April 2021 when it is expected to be replaced by points based late submission penalties and late payment penalties. There will be no soft landing on default surcharge. Draft legislation for the new penalty regime was published in 2018 and the measure was expected to be included in Finance Act 2019 but has been deferred to a future Finance Bill.

HMRC has the power to charge a penalty for failure to comply with certain regulatory requirements (VAT Act 1994 s69 (1)). The penalty rates for such a failure are:

There is a minimum penalty of £50. The penalty rate is applied to the number of days a failure continues up to a maximum of 100 days.

These penalties are not automatic and are currently used infrequently. VAT Act 1994 s76(2) applies and the penalty can only be charged if HMRC has issued a written warning within the previous two years. These penalties will apply to the MTD for VAT regulations but HMRC is expected to operate a soft landing where the trader has made reasonable efforts to comply.

These penalties are not automatic and are used infrequently. The penalties will apply to MTD for VAT record keeping requirements but HMRC is expected to operate a soft landing where the trader has made reasonable efforts to comply.

HMRC currently has the power to charge a penalty of up to £400 for filing a VAT return other than electronically without the prior agreement of HMRC (VAT regulations 1995 reg. 25A). This power has been rarely used but will be extended to the obligation to file VAT returns using functional compatible software. HMRC is expected to operate a soft landing where the trader has made reasonable efforts to comply.

There are other VAT-related penalties that are unaffected by MTD requirements but may need to be considered. These include:

There is a formal right of appeal against each of the different types of penalty. Possible grounds for appeal are

These grounds for appeal will continue unchanged; if there is an issue connected with introducing new systems and processes this may be a relevant factor when appealing against a penalty.